Internet Explorer browser version 9 and below are not supported by this website. Please upgrade or use another browser and try again! 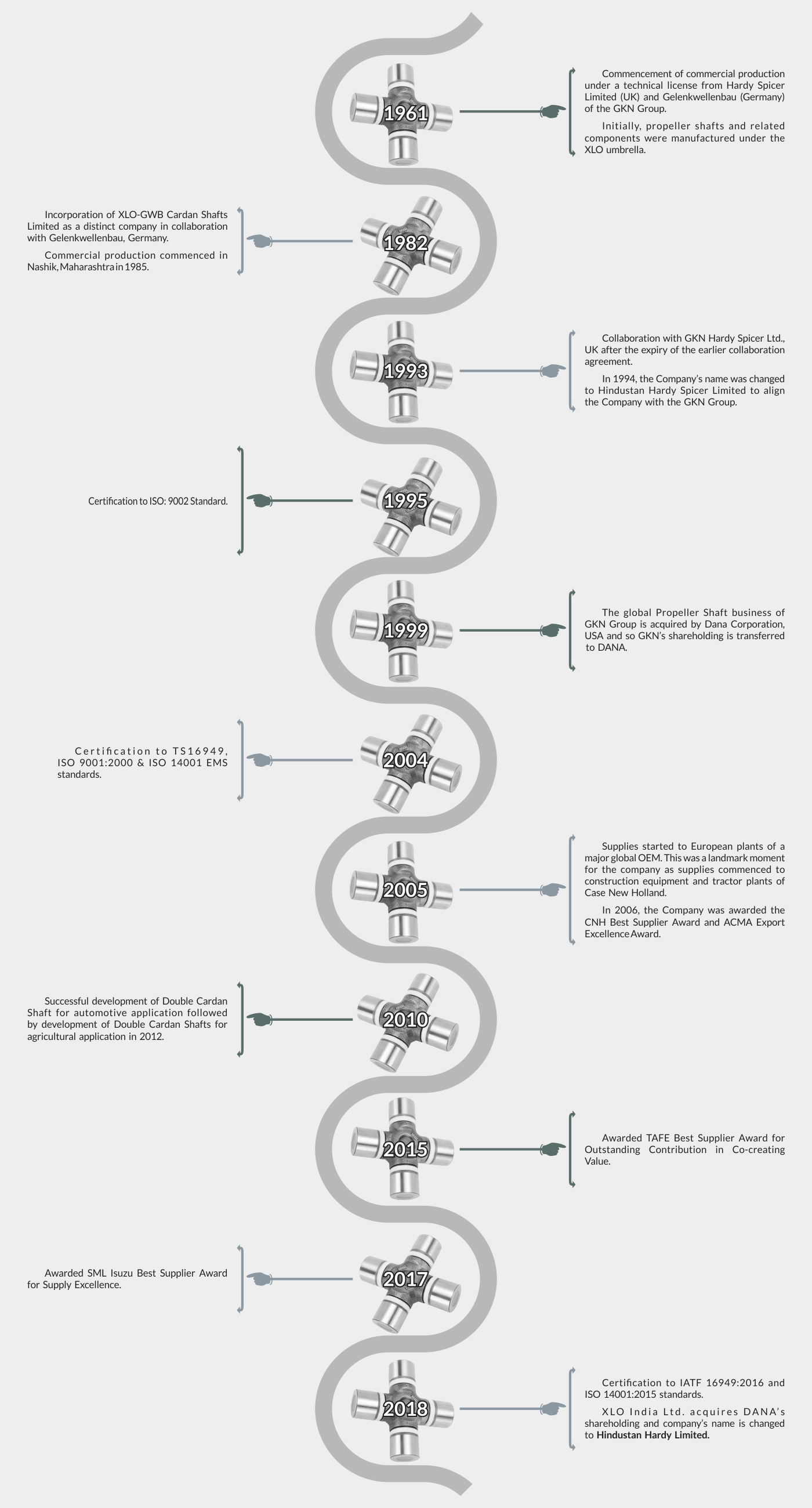 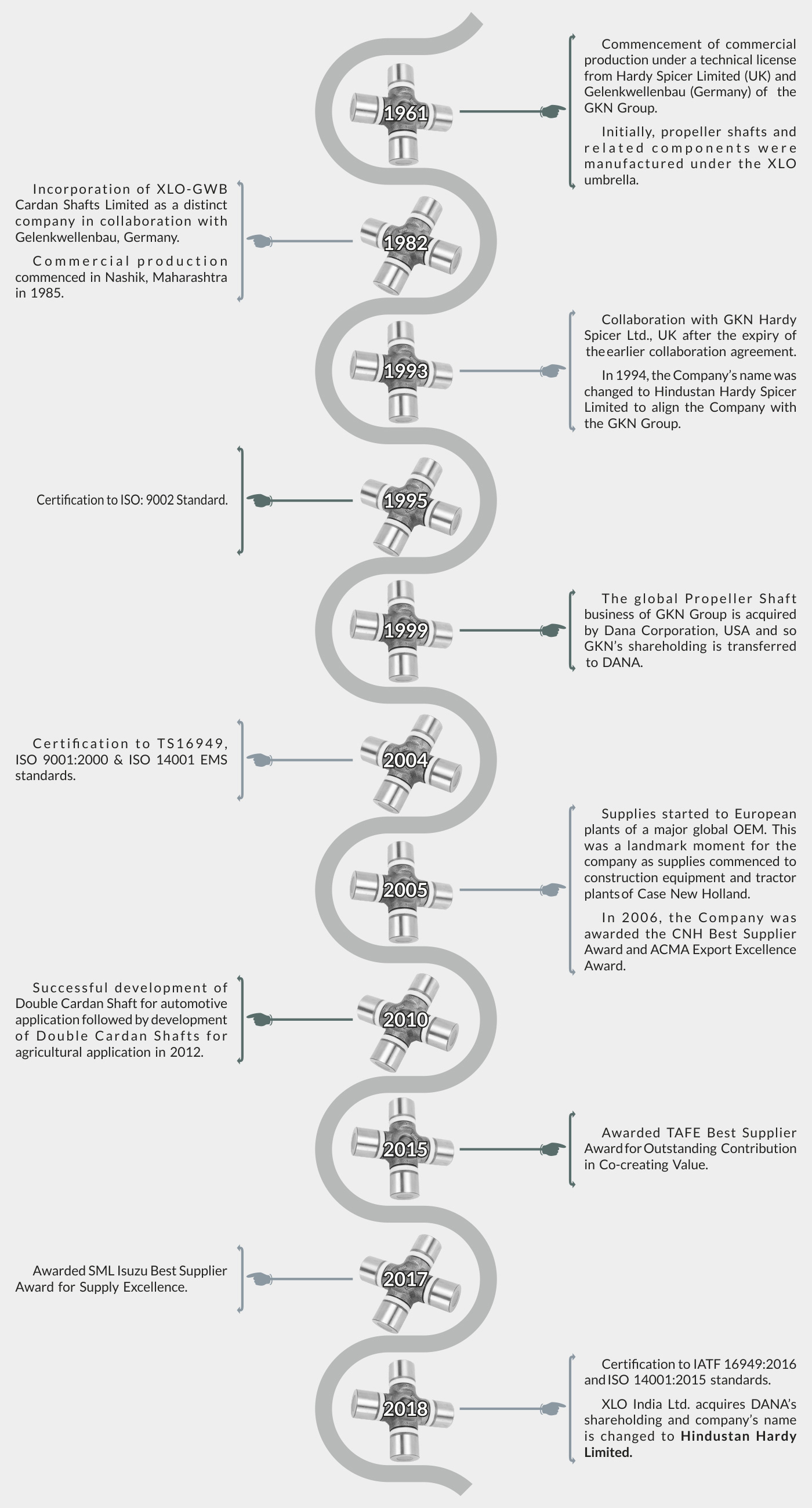 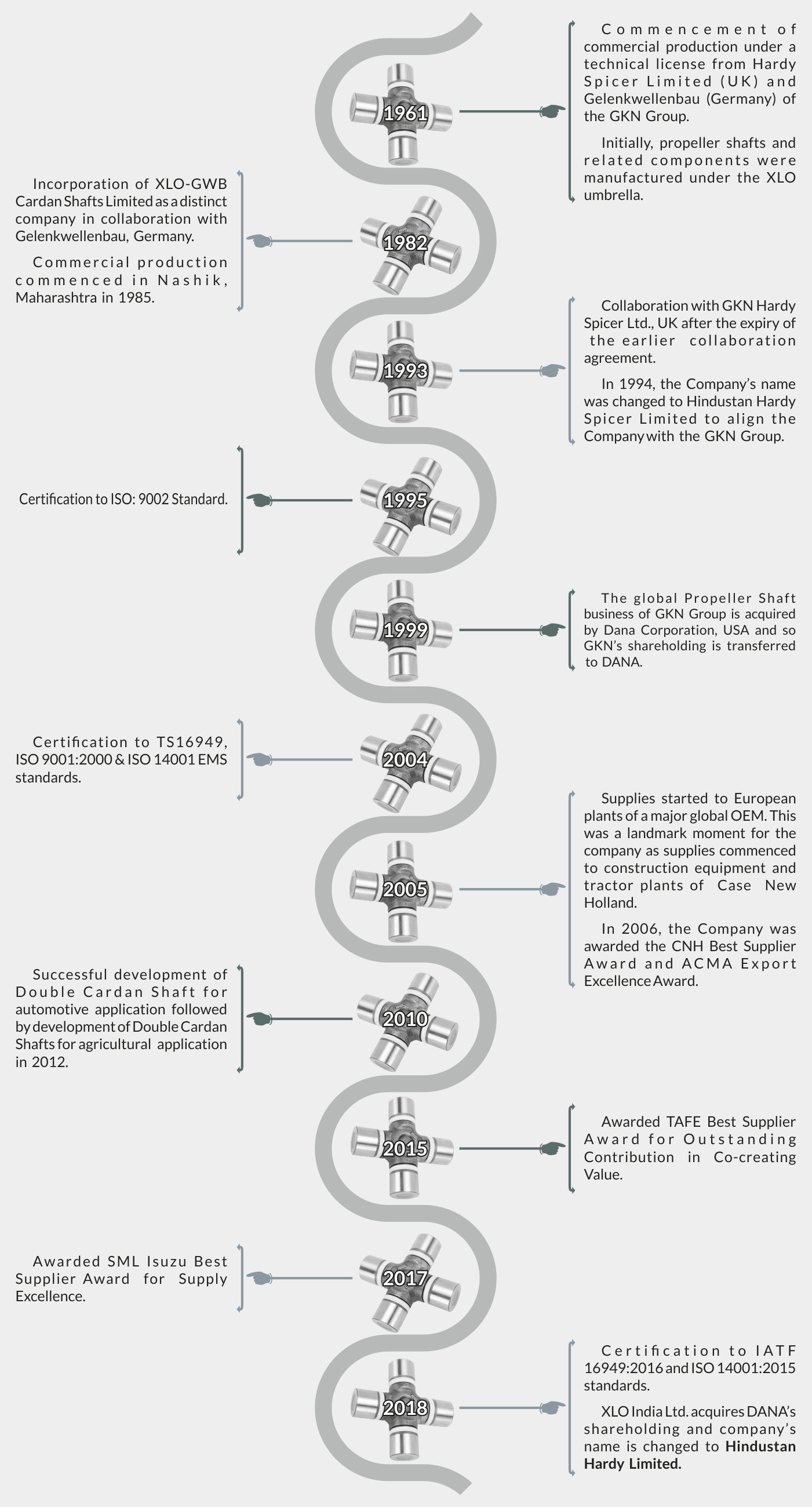 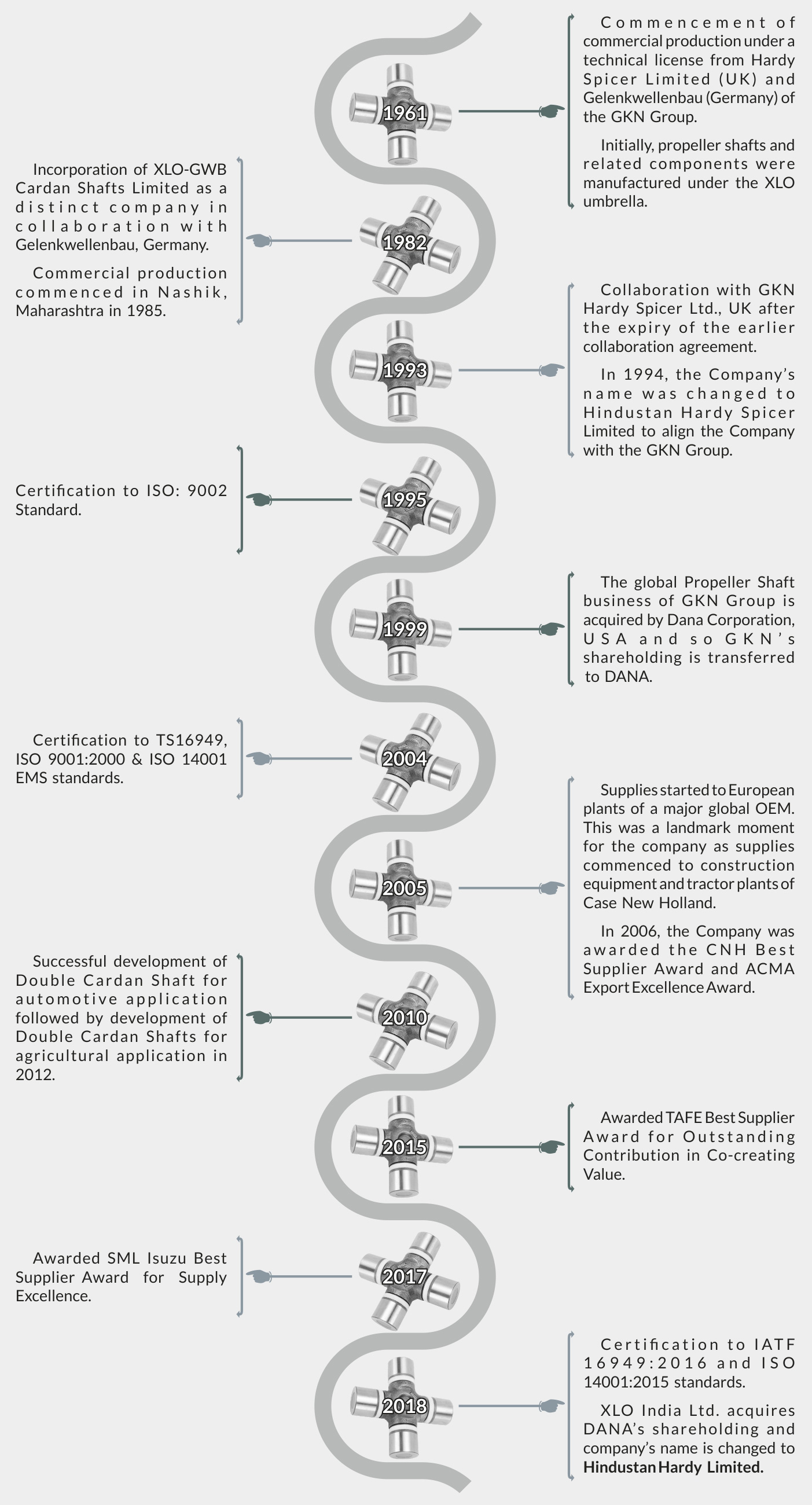 Commencement of commercial production under a technical license from Hardy Spicer Limited (UK) and Gelenkwellenbau (Germany) of the GKN Group. Initially, propeller shafts and related components were manufactured under the XLO umbrella.

Incorporation of XLO-GWB Cardan Shafts Limited as a distinct company in collaboration with Gelenkwellenbau, Germany. Commercial production commenced in Nashik, Maharashtra in 1985.

The global Propeller Shaft business of GKN Group is acquired by Dana Corporation, USA and so GKN’s shareholding is transferred to DANA.

Supplies started to European plants of a major global OEM. This was a landmark moment for the company as supplies commenced to construction equipment and tractor plants of Case New Holland. In 2006, the Company was awarded the CNH Best Supplier Award and ACMA Export Excellence Award.